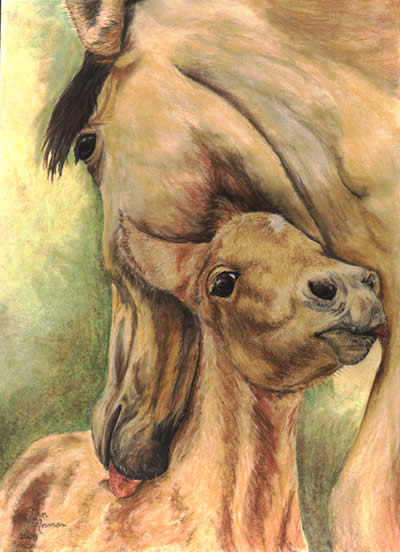 Our Heritage Guest Ranch has been blessed with the beautiful and unique scenery of northwest Nebraska. We have daily inspiration to create pieces of artwork and furniture imitating this gorgeous scenery and our way of life. We use fence posts in some of our designs to remind us of those gone before us. It is our way of finding yet another way to live naturally here and recycle a very viable resource.

We invite you to come to our ranch and create a piece of artwork of your own. We offer art lessons to create these one-of-a-kind pieces of furniture, and our guided lessons will be part of your package.

The following is a true story that took place on this ranch. It led to the creation of Prairie Post Furniture.

as written by Kathryn Wickersham

This is the story of the Nebraska prairie, an unspoiled world where the wind blows through the tall grass; where winter can suddenly bring both beauty and treachery. It’s the story of raw courage and a pure miracle that starts and ends with a piece of prairie architecture, a simple wooden post.

During winter on this Nebraska prairie more than a quarter of a century ago, 12-year-old towheaded tomboy Jeanie and her rancher father, Bernard, were on a search and rescue mission. A recent devastating blizzard had blown so hard that drifted snow would have buried most of their cattle. Father and daughter raced over the snow’s surface in a snowmobile “pony,” searching for yellowed breathing holes indicating cattle were beneath the deceiving calm surface of the glimmering snow. Side-by-side they worked feverishly amid blackening skies as the wind chill dropped to 45 degrees below zero. “We’ve got to get home before this thing gets the best of us,” Bernard shouted to Jeanie over the wind’s roar as they raced to the snowmobile. Their mechanical pony would not respond as it sat stubbornly lifeless.
Bernard wasted no time for he had cut his teeth deep on these lands and knew what they could do to living things. “We’ll have to hang onto the fence to find our way home. Don’t let go of it!” Jeanie knew they couldn’t stop to rest during the two miles home or they would freeze like the cattle that didn’t make it in similar storms. The wind whistled and moaned, sometimes screaming like a mad woman. The pair crawled on all fours through drifts, clutching the old fence as a lifeline. A fall through the deceiving surface into a hidden snow-covered cavern would be a wintry grave.

They crept along, one agonizing length after another. Mindless movement that seemed to pass in slow motion, as if they were watching their indistinguishable progress from a few feet above. Lungs burned as nostrils froze, hands lost feeling in clumsy gloves and time slowly realigned itself, playing tricks with Bernard’s mind. It made such a thing as moving forward, clinging desperately to an old fence, seem crazy, seemingly impossible task for Bernard. Jeanie barely heard him yell, “Got to rest!” before the wind took the words from her ears.

She fell against her father who was slumped against a fencepost, and tried to shield him from the cruel, driving wind. She struggled to rouse her father but she could see the bluish hue of his face. His chest barely moved beneath her small hand on his coat. Jeanie tried to rouse him, this big bear of a man who was her father.

She fell, beaten, against the same post her father unknowingly clutched. She was immediately astounded. She recognized this post! She knew its distinctive polished feel from the past when she would lean on this ancient landmark. She used to circle it with her arms as she waited to pitch the hay her father would bring to the cattle. So often she had run her hands along its polished length, this post made smooth through years of cows rubbing their backs in the annual shedding of hair each spring.

This oak tie was taken from the rail line that snakes across these lands, dating back some 85 years when her great-grandparents homesteaded the ranch. Her grandparents planted the tie in the fence line a mere 450 yards from the door to her home. 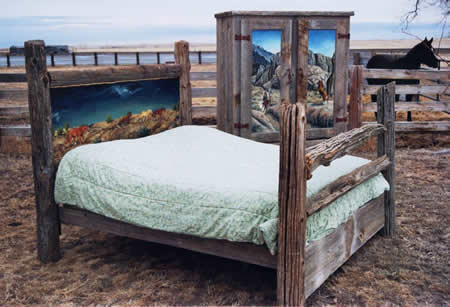 Hope soared in Jeanie and she knelt beside her father, roughly shaking him to share her excitement. Bernard made no response as his stony figure clung to the wooden sentinel, his face frozen with ears deafened by wind and his mind uncomprehending. “I have not come this far to freeze in the storm only a few hundred feet from the warmth of my home. Dad had never let me quit and now he depends on me!” Jeanie screamed inside. She slapped her frigid father clumsily, but very hard across his frozen face. The action brought him back to the world of the living and back to her. She took his hands and made him feel the post and he finally understood his touch as he peered into her shining eyes.

A team once again, they traveled the last remaining lengths of fence, the safety of a warm home and the welcoming arms of her mother. Old Man Winter, the great trickster, would claim no one this day. He was no match for the love shared between a young daughter and her father. The two were aided by a now-treasured landmark of the plains. The same wooden sentinel is now honored in new life as one of the four corners of a four-poster bed. 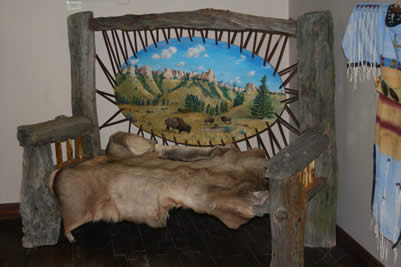 Today, artist and former towheaded tomboy Jean Norman and her sons create distinctive furniture from these “Prairie Posts” in memory of her father, Bernard, thanksgiving for their own snow-clad Nebraska miracle.

Contact Jean in the evenings on her home phone or on her cell phone by calling 308-430-1239 for information on commissioned artwork and customer furniture.

Our pricing will vary on our products: $250 up to $10,000, depending on the item and how ornate the client’s dreams. Each piece is created uniquely with different types of woods and details. We create each piece to meet the customer’s desires.

The photos on this page are example of pieces we have done in the past. Please call with your questions. We start with your budget and enjoy bringing your hopes to fruition within that budget.